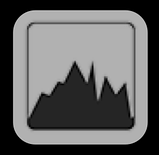 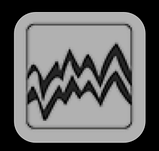 Compressed videos are saved on two 2.5" SSD D. If one disk is full, the recording will automatically continue on the second disk. It’s easy to expand storage for continuous recording.

Supports one 4K HDMI input, one 12G SDI input, and three 3G-SDI input as well as video outputs with embedded audio.  Audio input can be embedded into the video for output playback thus making HDR-80 the device for live event broadcast.

The 4K recorders use a 10-bit ProRes 422 compressed codec for recording UHD 4K videos. Apple ProRes, a codec technology developed for high-quality, high-performance editing in Final Cut Pro X, is one of the most popular codecs in professional post-production.

The recorder has a high resolution 5” LCD touch screen on the front for video monitoring, device settings, and configuration. The monitor also provides a complete suite of scopes and calibration tools such as waveform, vectorscope, focus peaking to ensure perfect recording.

Zebra pattern is a feature that overlays some stripes onto the image that indicate exposure levels. Areas that are close to overexposure will be laid a striped pattern acting as a warning indicator to the user that the highlights are blown out and not recorded and the user should adjust the exposure accordingly. The zebra function is a very useful feature in checking the amount of brightness to which the subject has been exposed.

A histogram is a graphical representation of the tonal values of your image. Dark tones are displayed on the left side and tones get lighter as you move rightward. Vertical axis displays the amount of tones . In general, an evenly distributed image should yield a bell-shaped curve as most tones should gather in the middle portion of the histogram between darkest and lightest tones.

The RGB parade is a helpful tool to separate out the three color channels of digital video in order to improve your video edits.

The Vector Scope is used to measure Hue and Saturation in a video image. The proximity a signal to the color markers on the rim indicate what color it is. If the signal gathers at the center, it means the video image has no color information or simply black-and- white. It may not help if your video image contains too much skin tones but it is definitely a good tool for monitoring the image colors.

Not just for a single-camera setup, HDR-80 can record up to four 1080p60 streams simultaneously to separate ProRes files. All files are synced with the same time code, making it easy for tracking during post-production.

The HDR-80 is not only a ISO recorder, it can also be used as a four channel HD video switcher. Display all four sources in quadview, you can cue and simply tap the touch screen to switch seamlessly between cameras. PGM output can even be used for live streaming.

The three input setups are designed for 3G ISO recording and HD replay.

With closed caption support, embedded captions on SDI inputs can be encoded as metadata in recorded .mov files.